For new businesses, getting new customers is the only game in town: there’s no repeat business to be had, no old customers to reach back out to. That’s why getting new ones — and implicitly, social proof — is so crucial to new merchants.

But there are many forms of social proof.

You can have a lot of Instagram followers. You can get testimonials from previous customers. Or you can use a third-party reviews system.

What type of social proof is best?

Let’s take a look at the three types of social proof mentioned above, and check out their strengths and weaknesses.

What are they: Testimonials are almost always endorsements of a product by previous customers, typically actively solicited by the merchant. They are frequently used to illustrate a key point in a company’s marketing and tend to be displayed prominently on website pages.

Why they’re good: Some people favor testimonials because it allows you to control the message you’re trying to send. If you solicit a testimonial and you don’t like what it says, no one is forcing you to display them.

People also like testimonials because their pull quotes can be used anywhere on a site, and typically provide a “human face” to your marketing materials (as it’s common practice to include a photo of the person giving the testimonial, as Invision does here: 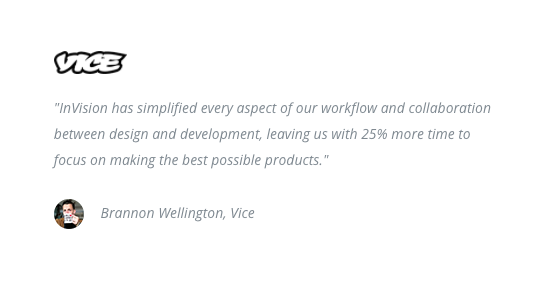 An example of a testimonial from invisionapp.com

Why they’re not so good: Because testimonials are actively controlled by the brand, they lose the power of authenticity that is at the core of why social proof is effective. Further, quotes are relatively easy to manufacture or massage, especially if someone’s agreed to a testimonial.

What are they: Third-party reviews rely on an outside service to help you collect and display reviews from your customers. They’re frequently placed on product pages to show how great a certain item is and encourage people to buy.

Why they’re good: Reviews are the most authentic of all forms of social proof for one simple reason: there’s no hiding. If you’re on a third-party review platform, all your customers’ reviews will show up. That way, your potential customers know they’re looking at the real thing.

Additionally, you can get many, many reviews for a single product, which not only shows off its quality, but also its popularity. And, as social proof often just boils down to people asking themselves, “Is this popular?”, volume is definitely your friend here. 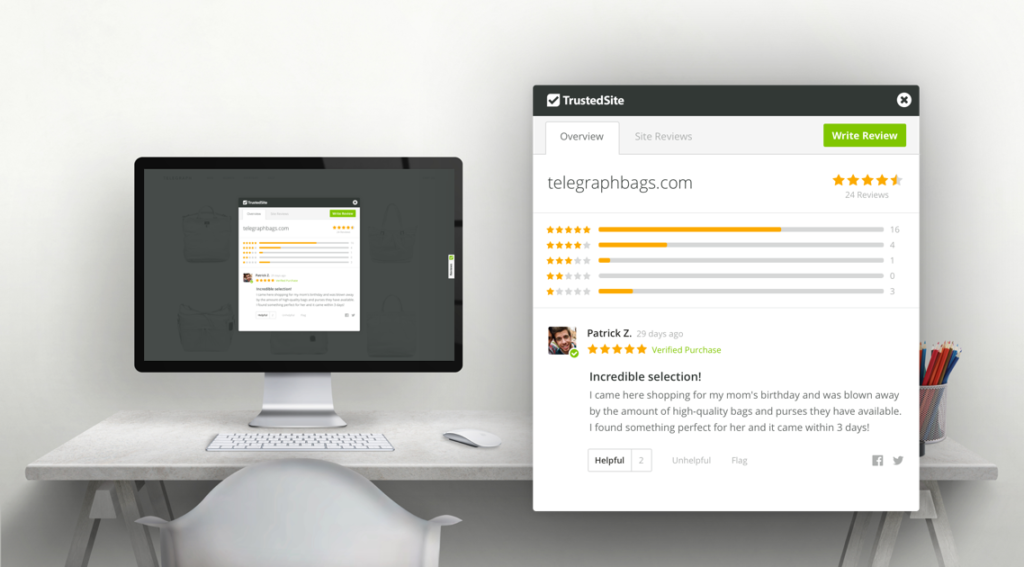 Why they’re not so good: Unlike testimonials, third-party reviews allow relatively little control over the message. If a customer has a bad experience and tells people about it, it will probably show up on your site (Note: most review platforms allow for the deletion of false reviews as long as the merchant can prove the content of the review isn’t true).

Why it’s good: Social media as a form of social proof is crude yet effective: it brags, Look how many people like me. A million likes can’t be wrong, can they?

Why it’s not so good: What social media has going for it quantitatively it lacks qualitatively. In other words, ten thousand people may have “liked” a link because they thought it was preposterous, not excellent. It doesn’t give potential customers a way of seeing how previous customers felt about something, which is part of the core of social proof.

Additionally, unlike testimonials and third-party reviews, both of which require a purchase, there is little verification of user identity on social media platforms, and many of the likes or shares may be from bots, not actually people.

Who is the winner?

While social media has its uses, we can rule it out first. It doesn’t provide enough of what makes social proof valuable to beat out testimonials or reviews.

The winner is third-party reviews!

Third-party reviews wins because they deliver the most authentic feedback for other potential customers to use when making their decision online.

And this is borne out by stats as well: 88% of people say they trust customer reviews as much as they do personal recommendations of their friends, family, and colleagues, according to a study by Searchengineland.

That’s a huge number, especially when you consider that online reviews are written by strangers you’ll never see or meet.

There’s another important thing to note about reviews: you can and probably will get some bad ones. But the thing to remember about that is:

a) Bad reviews are another way of showing your business is authentic. If you have 100% positive reviews on your site, visitors may become skeptical, and become convinced you’re “astroturfing” your reviews. The presence of some negative reviews is a way to preempt that concern.

And b) because most third-party review platforms give you the option to respond to negative reviews, those harsh words about your business are actually an opportunity.

Publicly patching up the situation and making a customer feel better demonstrates how great your customer service is, which itself is a form of social proof that can convert on the fence shoppers!